Happy Magazine is a new title that you won’t find in your local newsagents. It’s a magazine that is for people who have cancer - before, during and after treatment. It’s the brainchild of Holly Kennedy, herself a cancer survivor, and it’s intended to be a positive support to people going through their treatment. The second issue is available now free of charge - for a list of places you can pick one up, go to Happy Magazine’s distribution list.

It’s official. I’m finally a Dubliner (or whatever it is that real Dublin people call blow-ins from down the country). I’ve handed back the keys to my lovely apartment in Limerick and torn up as many Limerick roots as I can, or want to (Ancór and Limerick Roller Girls 4 LYFE!). I now live in The Smoke that is bigger than the other Smokes on this tiny island. I am cohabiting with Mr. Knows-I’m-Right and have even ventured to Portmarnock for a walk on the beach. 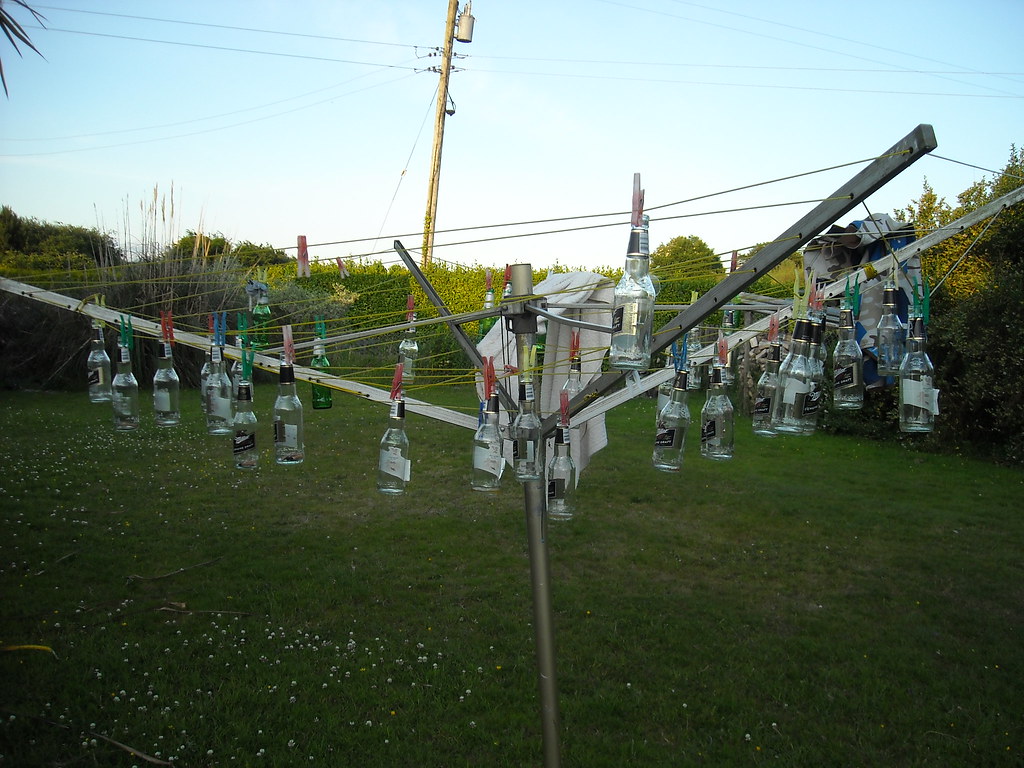 I took this pic last summer at my parents’ house. My brother had had a party the night before, and clearly decided to be responsible about the recycling. Or else there’s a better story. Any ideas?

You know those montages in silly Hollywood movies where one character lets themselves go completely and sits around watching daytime tv and eating cereal and wearing pyjamas/tracksuits all day with messy hair and an ever-expanding waistline? That’s me. For the past four and a half months, since my contract wasn’t renewed at the place were I worked and loved it, I’ve been a Hollywood stereotype. And yes, I’m listening to Rachmaninov’s second piano concerto at the…