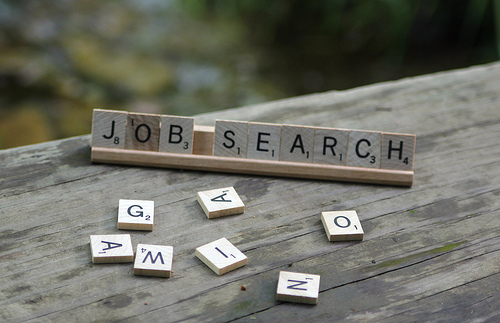 I run the @JobfairyHQ twitter account. I have over 3,400 followers – mostly a mixture of jobseekers, recruiters, and companies I’ve retweeted who follow me to be nice.

I try to retweet as many Irish jobs as I possibly can. How I do it is to search twitter for tweets tagged with #jobfairy or #irishjobs – then I run through them and retweet the ones that fit my criteria.

1) Must be a job, not an internship

2) Must be based in Ireland (North or South)

I also follow a lot of recruitment companies and see a *lot* of tweets advertising vacancies. Here are some simple tips to help your tweet reach as wide an audience as possible

If you tweet a job vacancy without a hashtag, you will be confining your tweet to your own followers (and the chance that they might retweet you). If you are a giant media company with thousands of followers, that’s great. If you’re a company with followers in the hundreds, then you’re narrowing your pool of potential applicants substantially.

Adding a hashtag – especially a commonly used one – means that anyone searching for that hashtag will see your tweet. It’s more likely to be spread, shared and retweeted. You’re going to get more applications, and there’s more of a chance that the perfect applicant is going to see your tweet.

Some of the more common tags are #job #jobs #irishjobs #hiring #jobsearch and my own personal favourite – the very Ireland-centric #jobfairy. If you’re advertising an internship, then I suggest the #internfairy hashtag.

Jobseekers searching twitter are going to be scrolling through hundreds and hundreds of potential jobs. If you are just tweeting a link to a job without including any indication of what the job is, then eyes are going to slide over it. TELL people what you’re looking for – even if that’s just the job title.

Your vacancy is going to be mixed in with other jobs of all varieties in many different fields. Someone with the right qualifications is not going to know to click on your job if you don’t indicate what it is, and they will filter it out and ignore it.

You don’t want that to happen. Be clear about what you are hiring for.

Sure, you might be local, but twitter is global. Specify where the job is located – even if it’s just the country! While the #jobfairy hashtag is primarily used by Irish companies, other more generic tags like #hiring and #job or #jobs are global in nature. Have location turned on in your twitter settings – here’s how to do it.

If jobseekers are looking at the more global hashtags, they will probably be narrowing their search to show just the results near their location. If you don’t specify yours, you’ll be lost in the the chatter and may miss out on a great applicant.

Twitter isn’t like facebook, where popular posts keep rising to the top. If you want to keep your job in peoples’ minds, you’re going to need to tweet it regularly. My suggestion is to tweet once every couple of days – or slightly more often if you’re using a very busy hashtag.

Don’t tweet it too often though, you’ll run the risk of alienating your own followers if you do.

If organic methods of promotion aren’t working, then you could try using the new promoted tweet feature. I haven’t ever used it myself, but you can focus your tweet based on location, interest, username and a number of other criteria.

I hope you gained some insight from this post, and all the very best of luck in your search for someone brilliant. If you think I might be that person, I’m looking for work in the digital marketing or community management line – so feel free to contact me via twitter on @jobfairyHQ

comments powered by Disqus
Roller Derby Tournament this weekend! Twitter Tips for Recruiters from the Jobfairy